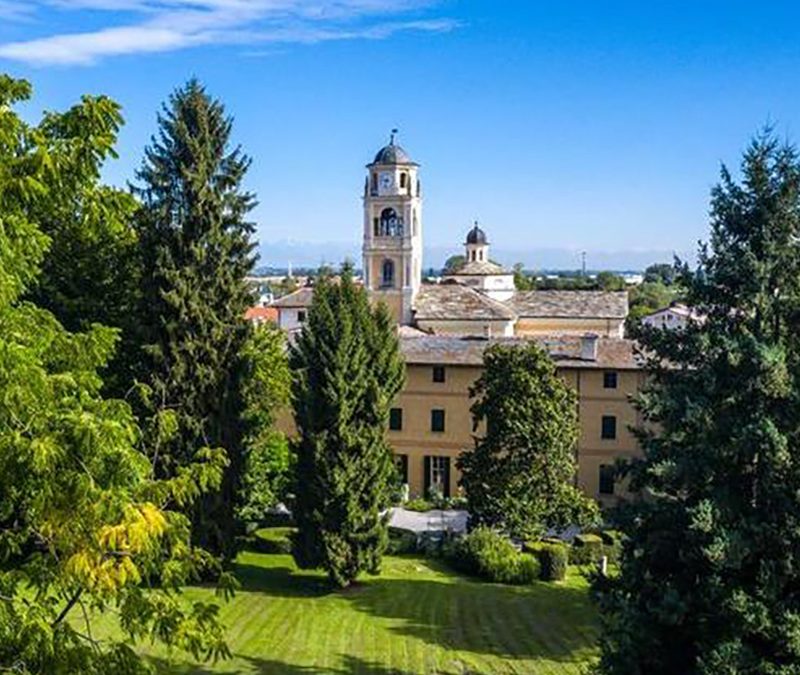 The project mainly focuses on three areas of the park, the ones that really need a redevelopement, the rest is so beautiful that just need some pruning interventions. Sometimes, in similar cases, the best project is doing as less as possible (“Less is more”). The three areas to redevelop are: the space in front of the manor, the cloister and a near place. In the first case, the idea was to restablish the dialogue between the manor and the park, now lost, by using squared and circular hedges similar to arms which embrace the park. Then there will be a sequence of Taxus baccata pruned into cones that will be placed on the facade and a bed of elegant, white Roses in the variety of ‘Little White Pet’. The cloister needed to be lightened and embellished so the decision was to use plants with bright flowers and foliage, ornamental and elegant species, squared and pruned hedges. We will find varieties of white Paeonias, white Hydrangeas, white Roses, the lotus flower and some other trees and shrubs with bright foliage and flowers. The third area, called “Eden”, will be redeveloped planting new fruit trees and berries shrubs to tempt people and allow them to rest and stay in this bucolic space. The idea is also to attract lots of birds and insects to stimolate biodiversity.