Between Valley and Mountain

Between Valley and Mountain 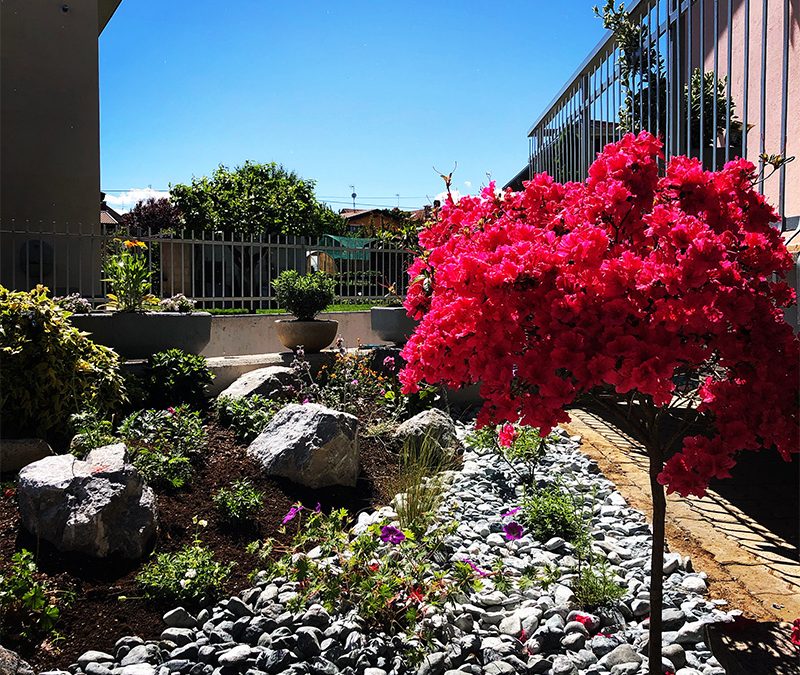 The dream of the client was to have a rock garden in a part of his green space so, identified the best area, we started creating it. The idea was to divide the plot in two sectors: a shaped one, symbolizing the mountains; a flat one, representing the valley. The first one is characterized by species living in the higher part of the mountains – but can also survive in the project site’s climate – between rocks, as Aethionema armenum, Anthemis carpatica, Arabis caucasica, Arenaria montana, Cerastium tomentosum, Dianthus gratianopolitanus, Globularia cordifolia, Helianthemum nummularium, Lithodora diffusa, Pulsatilla, Saponaria ocymoides, Saxifraga, Sedum album. The second one is characterized by plants that are found in the valleys of the mountains, in the prairies, as Achillea millefolium, Aquilegia, Campanula persicifolia, Centaurea montana, Echinops ritro, Eryngium alpinum, Eupatorium, Euphorbia, Geranium, Hypericum, Knautia macedonica, Lychnis coronaria, Sanguisorba officinalis.